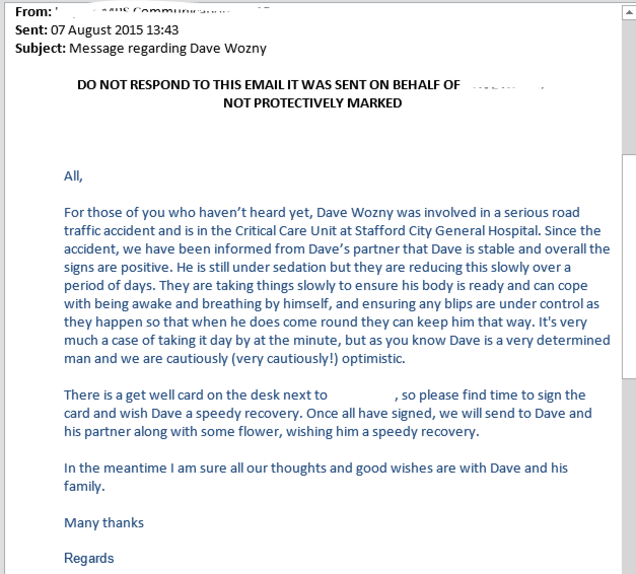 I returned to doing IT security consultancy for the Metropolitan Police in London where I had last been in professional employment in July 2015.  Following this link will take you to a nerdy document I wrote after a few weeks back at work.  I've included the document here as I feel it illustrates I had retained my professional skills despite the TBI and two years absenteeism.

You may ask “What changed?”  I have given this a lot of thought and pondered endlessly, my hugely insightful response is: “I dunno” 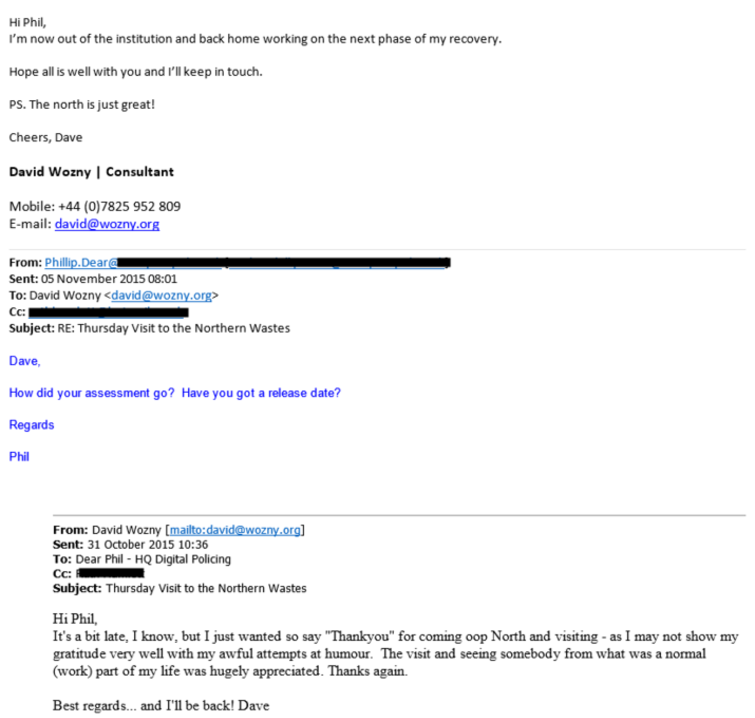 Still Not Ready​ for Professional Employment: 24.5.2017
The email snippet below (to Peter) is from May 2017 in response to being asked if I was in a position to consider returning to my former position as an IT security consultant at the Metropolitan Police in London.  This exchange was twenty-two months after my TBI, my response evidences that I still didn’t feel I was in a fit state to return to work.

In November 2015 I was thinking I'd be back in the swing before too long, arranging a first hospital visit with a friend and ex-colleague (Phil Dear).  Follow the link for some flippant emails between myself and Phil prior to our meeting up. 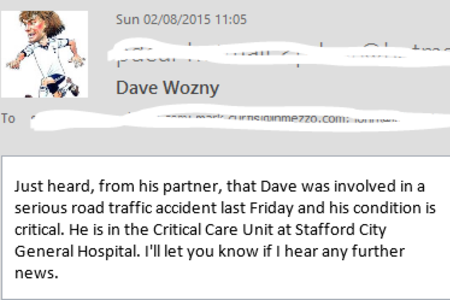