Broadmeadow Court is the name of the care home in Newcastle-under-Lyme in Staffordshire where my mother resides. 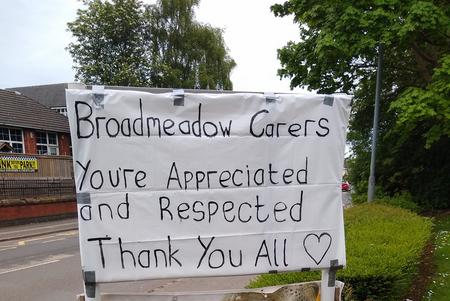 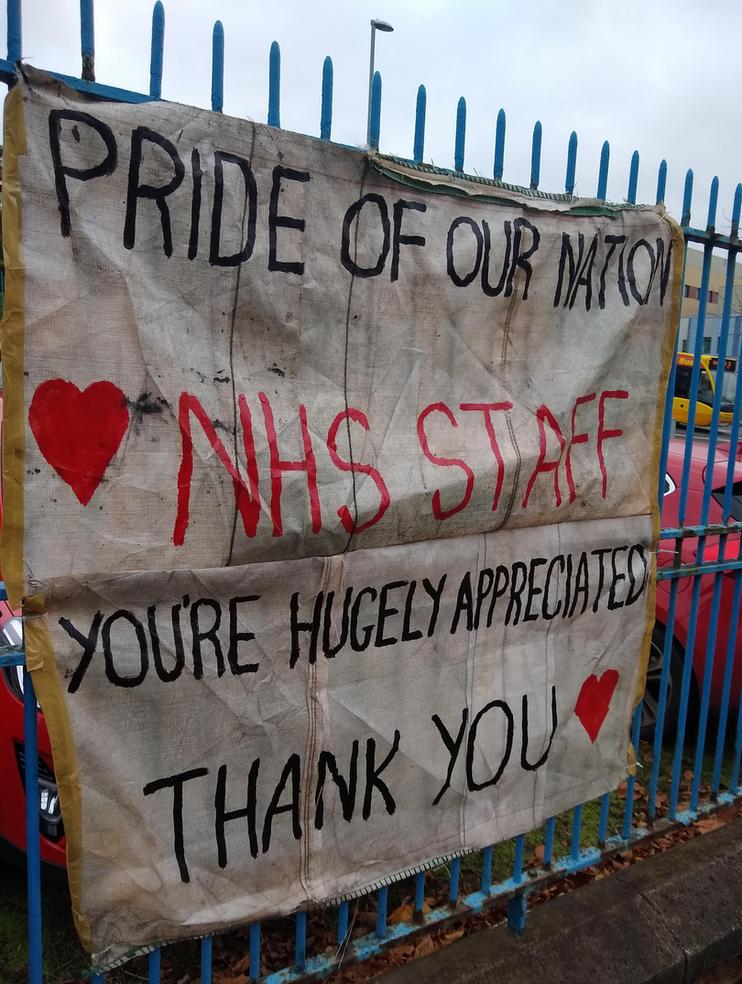 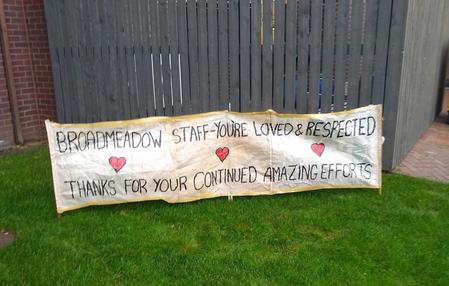 Big Can be Beautiful
I consider having a single organisation responsible for providing health care to an entire nation of 66 million people (2018) to be remarkable - the NHS employs over 1,600,000 staff.  In 2018 alone there were approximately 732,000 births and 611,000 deaths.  I find it astonishing how successful the NHS staff are at managing this churn despite their disparate and challenging IT systems, while retaining near excellence at the point of service delivery.

The People
Looking beyond the numbers game leads me to observe what I consider to be the true heart of the NHS - the people.  In my various times in UK hospitals, from minor ailments through to brain surgery I have rarely encountered staff who don't inspire trust and respect.  I've not met a single person in the UK who has had an unsatisfactory experience when faced with major surgery.  Regardless, I imagine everyone in the UK can tell a story about how a routine operation / appointment was cancelled or re-scheduled, resulting in personal inconvenience.  Yawn!

The following paragraphs are taken from the diary / novel by a former NHS doctor - click this link to access it on Amazon.

I would always feel tremendously proud to say that I worked for the NHS - who doesn’t love the NHS?  It’s unlike any other national asset; no one talks in fond tones about the Bank of England or would think any less of you if you suggested suing Cardiff Airport.  It’s easy to work out why: the NHS does the most amazing job and we’ve all benefited from it.  They delivered you when you were born and one day they’ll zip you up in a bag, but not until they’ve done everything that medical science will allow to keep you on the road.  From cradle to grave, just like your man Bevan promised back in 1948.

They fixed your broken arm on sports day, they gave your nan chemo, they treated the chlamydia you brought back from Kavos, they started you on that inhaler, and all this wizardry was free at the point of service.  You don’t have to check your bank balance after booking an appointment: the NHS is always there for you.  On the other side of the fence, knowing you were working for the NHS took the sting out of so many things about the job: the vicious hours, the bureaucracy, the under-staffing, the way they inexplicably blocked Gmail on all the computers in one hospital I worked at (thanks, guys!).  I knew I was part of something good, important, irreplaceable, and so I did my bit.

I don’t have an amazing inbuilt work ethic, it’s not applied to anything I’ve ever done since, but the NHS is something special, and the alternative is horrifying.  We should see the skyscraper-high bills of America as the ghost of Christmas future when it comes to NHS privatization.  One day you’ll blink and the NHS will have completely evaporated - and if that blink turns out to be a stroke then you’re totally screwed. 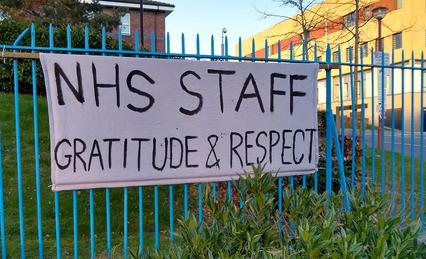 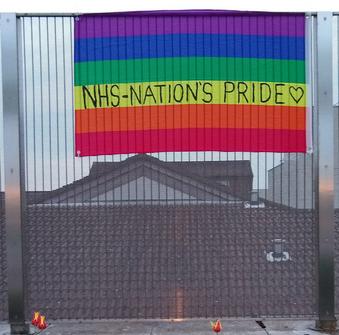 ​I've travelled around the world a little on business and sometimes in general conversation the subject of health care has cropped up.  There is consensus among everyone I have spoken to that the UK has a brilliant health service and should be proud of the NHS.

After witnessing the efforts being made by everyone in the NHS, I felt compelled to put up some tribute banners at the Royal Stoke Hospital, which you can see in the images below.  I should add that gratitude and respect is not solely directed towards NHS staff, but everyone putting themselves at risk or caring for vulnerable people.  One banner was published in my local newspaper as a positive counter-balance to the grotesque story being reported on, which can be viewed by following this link.​