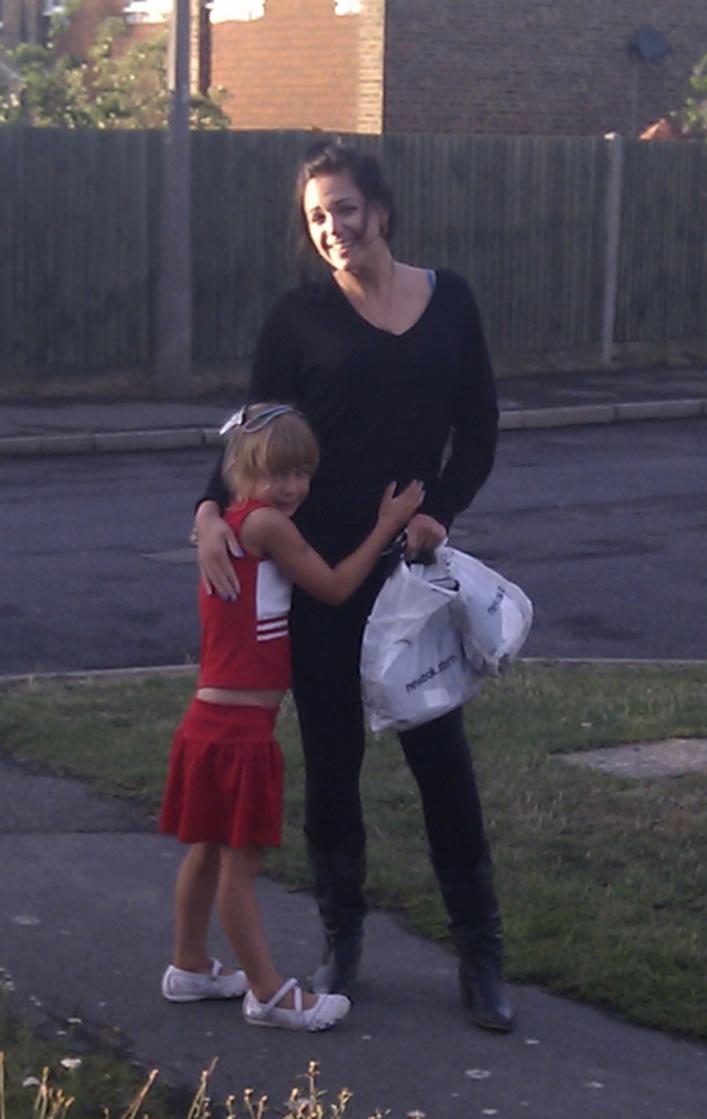 ​The summer holidays were in full swing. I was gearing up for a weekend of fun for my friend’s hen do in London while my parents had jetted off to St Lucia for a two week holiday for some well-deserved R&R. On the Friday evening I received a call from Ruth. She very calmly told me that Dave had been in an accident and was currently sedated and in intensive care.  I contacted Mum right away, when I got through I attempted to deliver the message in the same calm manner as Ruth.  I gently explained what had happened to Dave.  That he was lying in intensive care and unconscious.  It was the worst news I’ve ever had to deliver, the impact made worse because of their closeness. Although she was gravely worried Mum is one seriously tough cookie and went straight into autopilot – she was on the first available flight home.

I called my sisters Laura and Amy.  They were devastated and in shock.  We travelled to Stoke together the next day and arrived at Nan’s.  She appeared much better than I expected and I think was also in her own autopilot mode.  Everything moved so fast, from Ruth’s initial phone call to arriving at the hospital entrance. We silently followed Nan to the ICU.  A nurse came to speak to us to mentally prepare us for the visit. She explained that we could only go in two at a time, and to not get upset as Dave may be able to pick up on voices or the energy around him.  I went into the bay with Nan and saw Dave lying there. Nothing can prepare you for seeing a loved member of your family unconscious in intensive care.  It was utterly heart breaking.  Dave lay out on his back with his head slightly propped forward, the tubes and machines he was hooked up to seemed endless.  A continual flurry of beeps and mechanical gurns only amplified his vulnerability.  Nan was great, she went straight to Dave’s side and began stroking his hand and talking to him as if all was well ‘come on now ducky’.  Her normalised behaviour allowed me the time to let the reality of the situation sink in.  Until you enter an ICU I don’t think you can truly appreciate the severity of trauma and the fragility of the human body.  Seeing Dave like that made the situation all very real very quickly.  As Nan’s front began to fade slightly I couldn’t stop the tears from flowing, without wanting to risk Dave sensing the pain I quickly left the room.  I tried my best to prepare Amy and Laura for what they were about to see.  Although the circumstances were horrendous, I was at least comforted by the fact that we could all be there to visit Dave together.

Mum & dad swiftly returned home.  Mum drove straight to Stoke after an eight hour plane journey and sod all sleep, she would then return home after a few days.  Her trips to Stoke were frequent and she supported Nan and Ruth as much as she could.  Being the family glue she spent a lot of her energy and time supporting others whilst being very engaged in Dave’s recovery as it became more and more entwined with challenging family politics.  I am in constant awe of her ability to ride through a crisis and show compassion even when dealing with the most difficult of people.

As the days went by Mum would report Dave making various different stages of progress.  We would get excited and hope and pray that Dave would one day just wake up.  However with every step of progress there seemed to be a new problem or obstacle. When disappointing news was delivered the mind set would swing from ‘I wonder when he will wake up’ to ‘prepare for worst and hope for the best’.  With such a significant brain injury it was hard to know what to expect if Dave did wake.  The strain could be felt throughout the whole family but hope was never ever lost.  In my heart I felt that Dave would pull through.

When we were least expecting it we received a call from Ruth that Dave was awake!  The sense of relief was monumental, although this was only the very start of Dave’s recovery.  We were very aware that this was going to be a slow and frustrating journey for Dave, but to have experienced such a traumatic injury and wake up was nothing short of miraculous.