​My father, Jozef, was born in Chortkiv in the south eastern flank of Poland in 1928.  On 1st September 1939 Nazi Germany invaded his fatherland from the west, sixteen days later on 17th September (when Jozef was eleven) the Soviet Union did likewise from nearer to his home in the east.  On 10th February 1940, the people of his village were arrested by Soviet soliders and given thirty minutes notice to prepare to leave.  Jozef and his family were shipped over 6,000km on cattle trucks in painfully cramped conditions to Talmenka in Siberia (Russia).  The journey took seven weeks, where he was surrounded by the dying and deceased - the Soviet soldiers didn't permit the train to stop to allow the dead to be taken away.  Jozef told me that cattle, which the train was intended for, had more dignity than the Poles on their journey to death.  Jozef summarised the predicament to me as "Being shipped off into the cold, bleak unknown.  Thousands of miles from home, where overseers treated them with contempt (or worse)."

After a year in Siberia, Jozef's elder sister Veronica (she would have been my auntie) died at the age of nineteen (Jozef was thirteen) after being separated from her family.  Soviet authorities recorded that Veronica died of malnutrition, Emelia (my grandmother) couldn't bring herself to believe that Veronica was dead.  Emelia sent Jozef on a six hour train journey to the mortuary, where he clung to rails on the outside of a cattle truck (seemingly the optimal mode of travel in the Soviet Union) in bitterly cold conditions.  When Jozef arrived at his destination he had partially lost consciousness and his arms were frozen to the carriage, he couldn't move at all and needed a bystander to help snap him away.

Jozef arrived late at night, there was no lighting so he had to feel around numerous dead bodies until he sensed a birthmark which he knew was on Veronica's thigh.  Jozef was a farm labourer, not a doctor, but the sight of his emaciated sister (she'd likely starved to death, not suffered a fatal illness) confirmed the sad news he had been sent there to determine.  I believe this episode demonstrates Jozef's resolution.

In June 1941, the German Nazis turned their aggression towards the Soviet Union.  While withering under the onslaught of Operation Barbarossa, the Soviets "generously" released their Polish captives so that they could fight their now common enemy.  At the age of thirteen, my father forged his age to fourteen in an application to join the Polish Free Army (PFA) and give Emelia one less mouth to feed - death from starvation would have been the likely outcome for one of her children in 1941.  Jozef's first posting after joining the PFA was in Palestine, where it might be expected that the most significant changes to his living environment would be the temperature, the desert sand and the sea.  Jozef advised me that certainly wasn't the case, he now had the opportunity to see the horizon for the first time in over two years and said it was by far the biggest adjustment to his life after living in the depths of horizon free Siberian forests.

Jozef emigrated with his family to the UK in 1949, they chose it over America as they knew it was closer to their homeland and would make their inevitable return to Poland more attainable.  Despite being a gifted oratician, Jozef appeared content to take unskilled labour positions, he used his oratorial gifts in representing other Polish immigrants when they had cause to be challenged by authorities over often trivial matters.  Jozef was never more passionate than when defending someone who he felt had been unfairly treated.  Jozef displayed contempt for any party which he felt was treating a fellow immigrant unfairly, he was resolute in their defence.

I have attempted to correlate Jozef's resolution to some of my own characteristics.  I was determined enough to be successful by many yardstick measures in life, however they don't in any way demonstrate my resolution:

I am telling this story in December 2017, aged forty-eight.  Two years previous in July 2015, I was injured in a bicycle accident where I suffered a Traumatic Brain Injury (TBI) and airlifted to a hospital.  At one point the critical care doctors advised my closest family to expect the worst and had relevant paperwork signed for organ donation.

In just four months, I rather rapidly overcame the clinical limitations resulting from my TBI and was discharged home from hospital after learning again to walk and use a toilet without asssistance.  The really hard part began in earnest when I attempted to get on with living a normal life.  I was still mentally limited in so many ways it's not worth starting to describe them - so I shan't!  I used to be a professional high-flyer - now it appeared my high-flying was book-ended by a trip in an air ambulance helicopter.  I refused to allow myself to appear miserable, never-mind become depressed.  My resolution pricked my conscience into driving me.  I knew my loved ones had been prepared to sacrifice their better lives to care for me with no guarantees (or even likelihood) of a positive outcome.  There was no question of allowing myself to become a burden upon them after they had demonstrated their resolution to care for me.

I am content I have evidenced how bloody-minded I am, or I could put it another way, I have demonstrated resolution.

Three years after writing the essay above, I discovered I'd previously transcribed conversations with my father about his wartime experience - see link.

Random Muses From / About My Father

Whenever my father and I were working together on a task he wouldn't contemplate putting anything off for even a day.  Jozef used to say "There is no tomorrow", it was his mantra for the way he lived his life.  I feel it rubbed off on me becoming a purposeful, results-oriented and gainful person.

Humility Begins at Home
When I was sixteen I was arrested for shoplifting and held in police custody.  When collecting me from the police station my father advised me how he'd had to leave my weeping, heartbroken mother at home.  My father advised me how my mother had given all of her love and support to me and the reward was that she had produced a common thief.  It was the most perfect way I could ever imagine to deal with the situation, it completely re-orientated me.

My father always felt that Russian citizens were as good as those of any other nation.  However, my father felt that Soviet / Russian authorities and military were pure evil, personified by Joseph Stalin, who he said had moral equivalence to Adolf Hitler.  While with young friends aged between twelve and fifteen in a Siberian forest, he played hide and seek with a Soviet soldier.  The soldier shot dead a friend when he found him, my father stayed hidden under a fallen tree while the soldier walked across the trunk.  My father often associated World War II aggression to Russia, as that was his first hand experience.  He'd seen his sister die due to them, which made it personal.  My father recounted how perhaps five million Ukrainians starved to death due to Soviet agricultural policy during World War II, even greater numbers than the murderous plague of Nazis.  My father attributed most major post WW II conflict to Soviet influence, such as the Korean and Vietnam wars.  He recounted numerous times that on one night in October 1962, he kissed my mother goodnight and told her how much he loved her - this was during the period of Cuban missile crisis where a nuclear war, and the likelihood of collateral death, was a distinct possibility.  My father could never understand why the hammer and sickle, or the term CCCP (equivalent to Soviet Union - USSR), became trendy in the 1970s as my father always associated these emblems with their evil connotations.

​My father was born in Chortkiv, Poland on 24th July 1928, about three hundred miles east of Krakow.  He spent most of his early childhood in the nearby town of Ivane Puste, following World War II this area became part of the Ukraine.

To enable him to join the Polish Free Army in 1942, he forged his date of birth on application papers to 13th November 1927, making him eligible as a fourteen year old.  Despite all of his ensuing identity paperwork such as immigration documents, passports and driving licences, as well as his retirement age / status referring to 13.11.1927, he only mentioned his date of birth to me as 24.07.1928.

My father didn't get the opportunity to return to Poland until 1977, thirty eight years after leaving in 1939 as an eleven year old.  My father took great pride in his Polish ancestry, as I do also.  I have begun distilling this interest in my teenage daughter and am delighted that it is already working, she told me that she enjoys the fact that she's a little different.

We had a family friend who in 1944 fought for the Polish infantry with the Allies at the World War II battle of Monte Cassino in Italy (roughly between Naples and Rome).  He had his right elbow shattered in a gunshot wound, which caused him discomfort for the remainder of his life and resulted in him wearing a special brace.  Regardless, whenever there was building work which required plastering or pointing of cement on outside walls, he was always the person to do it.  I recall when I bought my first house, Jo Woch did all of the plastering of my two chimney breasts and pointing a part of the outside wall which required him to use a full ladder to reach.  Like lots of Polish workaholics I knew of, he didn't complain or consider reasons why he couldn't do something - he simply got on and did it.

When I started work as a seventeen year old apprentice in a factory, I was given the nickname of "cabbage eater" on account of the seemingly primitive food association with my Polish ancestry.  In defiance of the crude stereotyping, I eat cabbage whenever the opportunity arises :-)

WikiPedia Article
During World War II, after the Soviet invasion of Poland the Soviet Union occupied vast areas of eastern Poland followed by further large-scale forcible deportations to Siberia, Kazakhstan and other remote areas of the Soviet Union.

This link opens a PDF of the eulogy which my sister, Susan, gave at our father's funeral in May 2016.

Who Art in Heaven... or the Other Place!

I wrote the following essay for a creative writing group I joined in Newcastle-under-Lyme, prior to returning to professional employment in July 2017.  We were set a task to write 500 words based around the word Resolution.  Closer to the truth is that I wrote the essay for my mother.  Mum had always said I was a "chip off the old block", I hereby attempted to articulate her assertion. The article is based upon fact, from numerous stories my father told me about his late childhood / early adulthood experiences. 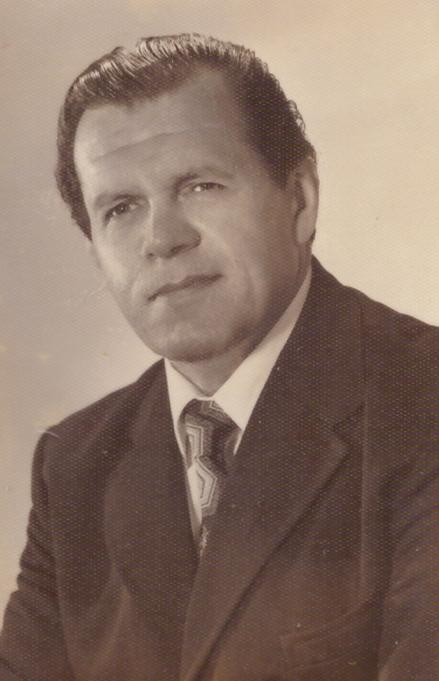 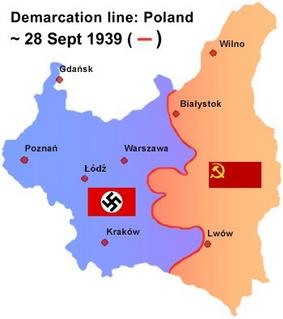